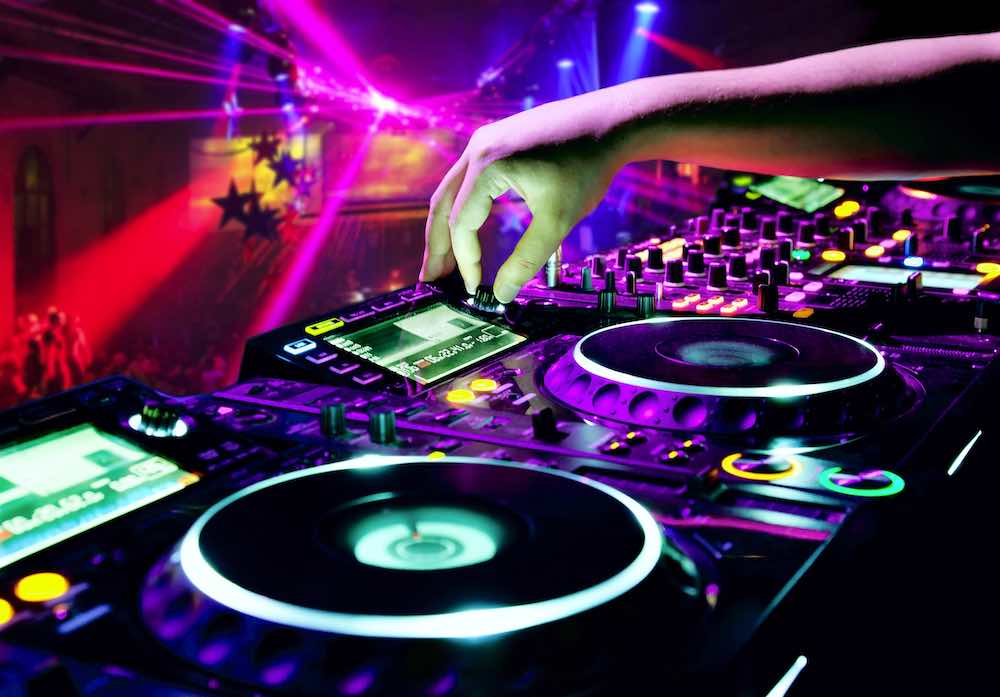 DJing and Conference Speaking: Different, but the same

I’ve never been someone to only have one job. As a consultant to the federal government right out of high school, the idea of having “all my eggs in one basket” seemed like too risky a move when my work could dry up at any time. I’ve had side contracts doing other development work, I’ve done computer repair and training. I’ve been a sound and lighting technician in theatre, a karaoke host and a DJ to name a few.

This past New Year’s Eve, I got away from the 0s and 1s of computers, and behind the “1s and 2s”, DJing into 2019. As I was preparing for the event, and driving there, the thought crossed my mind that there were similiarties to the way I was feeling about that gig to the way I feel before giving a talk at a conference.

This was the first party I’d done in quite a long time – and even longer if you considered the last time I’d played a New Year’s party. I found myself spending longer than usual refreshing myself on what I wanted to play, organizing playlists, etc. A fellow DJ and I also spent time chatting about the gig and how it might go.

It felt very similiar to the nervousness I feel before going on stage at a conference. Especially the day of the talk, where it can affect my appetite, or my desire to attend other talks, network, ec. It can be a bit of an all consuming thing until I hit the stage. This is especially true when it’s a subject I’ve never presented before. I’ll spend more time revising my slides, rehearsing the talk in my hotel room, etc.

A little bit of ad libbing

As much as I can plan potential playlists, and know some of the songs that will be popular at a party, there’s a large part of it that I won’t be able to plan for until I’m in the room. Reading the crowd is what separates a good DJ from Spotify. The crowd at this party ended up being older than I’d planned on, so I had to adjust on the fly to what would make them get up and party like it was 1999.

When I’m presenting at a conference, or teaching a class, there’s a certain amount of “winging it” as well. I don’t have a 35 minute talk memorized. I have my slides with the talking points, but the words that come out of my mouth will change every time I give the talk. Part of this depends on who’s in the audience. The ability to change what you say to suit the audience is a huge bonus.

Playing the first song or two when I open up the dance floor is always a little nerve-wracking. Will everyone in their seats? Will one couple get up and dance? Or will everyone rush the dance floor? I never know. It’ll depend on the kind of party, the time of day, the atmosphere in the room, the age of the guests, and possibly the amount of liquid courage they’ve already consumed. Once I see the initial reactions and the party starting to take shape, I calm down and get into the groove.

If I’m teaching or speaking at an event, those first few minutes can be a little nerve-wracking too. As I’m introducing myself and the day’s topic, staring out at a crowd who’s spending their time and money to listen to me, the butterflies are doing their thing in my stomach. Will they find this interesting? Do they know more than I do? Will the live demo work? Is my fly down? But, just like DJing, once I get into the topic, the nerves fade away, and I get into my groove.

Playing the last few songs of the night, when I’m not thinking ahead to what I’ll play next is a graet feeling. Watching the partygoers enjoy the last few minutes of the night, and the stress is gone. As I pack up my equipment, maybe a few people will come up and thank me for a great party (Hopefully one of those is the event organizer). On the drive home, dress shoes replaced with running shoes, I put on a playlist that is unlike any of the music I played at the party (usually some good Blues music) and enjoy the feeling of a job well done.

When wrapping up a talk or a class, that final “Thank you” slide appearing on screen, I feel a similiar feeling. At that point, if I’ve been reading the crowd right, I know whether they’ve enjoyed the talk, and learned something new. Th Q&A session, if there is one, is a chance for that immediate feedback. As I pack up my computer, and leave the stage to the next speaker, there’s always a few people two will come up and privately ask a few questions. Instad of driving home, it’s off to a corner somewhere, or my hotel room, to post the slides and follow-up blog post, and reply to any mentions on social media. This is a nice way to decompress before the rest of the day is filled with more networking.

So what’s the point?

Whenever I’m asked if I get nervious before a talk, I’ll readily admit that yes I do. I say being nervous is a sign that I care about providing value to the audience. The thought crossed my mind on the way to that New Year’s Eve event that the same held true when I DJ. I cared that everyone had a great time.

So what’s the point of this post? Maybe nothing more than an observation I felt was interesting. Maybe it’s encouragement for you, dear reader, to get out there and do something that interests you.